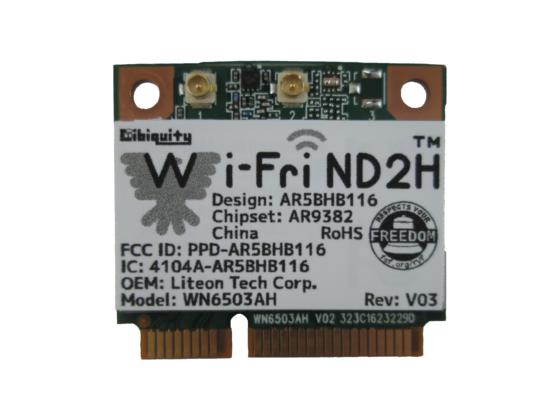 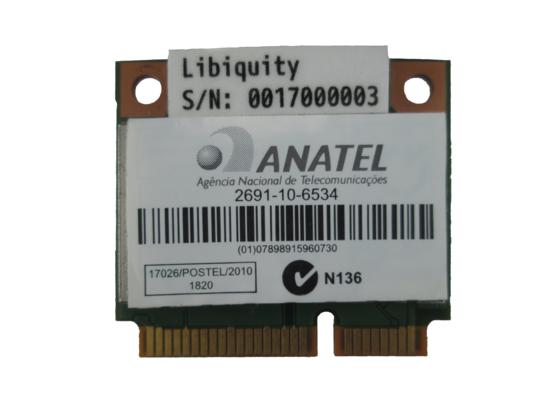 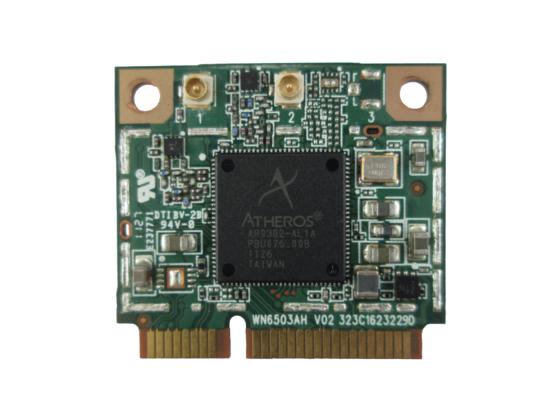 Customers outside the USA: please contact us to order at this time.

Customers who bought a Taurinus X200 from us before July 24, 2019 may receive a $10.00 rebate on a Wi-Fri ND2H. E-mail us at <sales@libiquity.com> after ordering, and we’ll credit the rebate amount to your payment method.

Forget about proprietary Wi-Fi drivers and firmware, and connect to Wi-Fi networks with enhanced performance and battery life at any range! The Wi-Fri™ ND2H works with free software, supports both 2.4-GHz and 5-GHz radio frequency bands, maintains strong signal strength and reliability at long range and in a congested spectrum, reduces power consumption through high integration and dynamic downshifting, and fits most laptop computers.

The Wi-Fri ND2H on the other hand is fully supported by drivers that anyone is free to study, modify, and redistribute, and no proprietary firmware needs to be loaded onto it by your operating system. The firmware is part of the hardware, stored within the chipset and modifiable by no one, including the developer.

The wider 5-GHz band is split into many more channels, which can be combined to more than double a channel’s bandwidth. Fewer types of devices interfere with 5-GHz traffic. And the band’s shorter wavelength and higher signal attenuation reduce access point coverage area, resulting in fewer clients competing to transmit. This large low-traffic 5-GHz band enables enhanced Wi-Fi performance with the Wi-Fri ND2H.

The Wi-Fri ND2H’s chipset integrates components such as low-noise and power amplifiers, switching regulators, and EEPROMs to reduce power consumption in every operation mode. Dynamically downshifting from 2x2 MIMO to 1x1 SISO saves power by driving only one antenna when possible.

It also fits Full-Mini-only sockets using the optional bracket, which is designed and manufactured by Libiquity in the USA using freedom-respecting software and manufacturing equipment. Parametric CAD source files for the bracket are available and licensed under GNU General Public License version 3 or later.

Linux and GNU Linux-libre version 2.6.36 or later (version 2.6.38 or later recommended), ath9k driver. Supported GNU/Linux, GNU/Linux-libre, and BusyBox/Linux distributions include (but are not limited to):

The proprietary boot firmware systems (commonly known by their “BIOS” or “UEFI” interfaces) of many laptop computers refuse to boot upon detecting any Wi-Fi card other than those sold by the laptop vendor. The Wi-Fri ND2H is likely to be rejected by such computers. Users of free boot firmware systems such as libreboot and coreboot, including owners of Libiquity Taurinus computers, are unaffected.

Do you own a Taurinus computer and need professional installation? E-mail us at <sales@libiquity.com> for a quote.

Chipset manufactured by and card designed by Atheros Communications, Inc. Card manufactured by Delton Technology (Guang Zhou) Inc. for Liteon Tech Corp. and sold by either Liteon Tech Corp. or SparkLAN Communications, Inc. Card refurbished and sold under a Libiquity brand and with the Respects Your Freedom mark as a guarantee of free software compatibility.